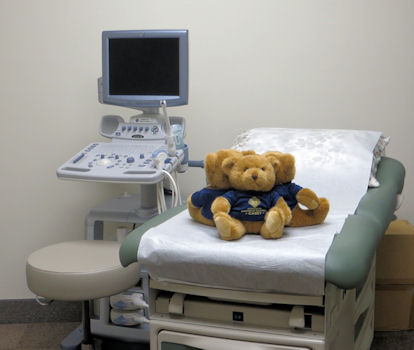 On January 22, 2009, the 36th anniversary of the Supreme Court’s Roe v. Wade decision legalizing abortion on demand, the Knights of Columbus launched a new initiative aimed at providing women considering abortion a new way of viewing the life within them.

On that day, the K of C Supreme Council matched funds raised by Knights in Florida and Iowa to provide two pregnancy care centers complete funding for the acquisition of ultrasound machines that will help the centers to provide for the health of both mother and child.

Prior to January 22, 2016, the Knights of Columbus announced that the initiative had reached 600 ultra sound machines.

In 2013, the Sacred Heart Knights of Columbus were proud to partner with councils across the Grand Rapids diocese to purchase an ultrasound machine for Help Pregnancy Crisis Aid on Bridge Street NW using this fund matching program. A portion of the funds raised from our baby bottle boomerang were contributed to the fund and put the councils from the Grand Rapids diocese over the 50% mark for ultrasound.

The following video was made at one ultra sound site: